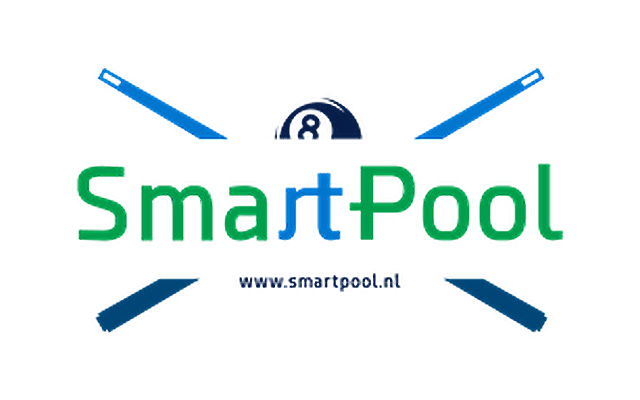 The project “Smart-Pool” was introduced by the Dutch Federation to the General Assembly of the EPBF in 2019 in Treviso / Italy. Already in 2018, first events were held during the „all-in-one“ European Championships of the EPBF in Veldhoven, The Netherlands.

After a first evaluation meeting after the European All-in-One Championship, it became clear that this project was getting a lot of interest from schools in the Netherlands. So much interest that it was even decided to expand the project within the Netherlands It was then also decided to try to roll out the "Smart-Pool" project Europe-wide. The Koninklijke Nederlandse Biljart Bond (Royal Dutch Billiards Association) and the EPBF then "joined forces" and started making plans on what such a European approach could look like.

The project, which combines pool billiards and mathematics at a new level, was advertised to all EPBF members, and at the end 5 national member federations and the EPBF decided and declared that they will invest in this project. The 5 members are: Bulgaria, Finland, Germany, Cyprus, The Netherlands and the EPBF.

Smart-Pool's goal is to make beta courses more attractive through the combination with pool billiards. For schools, a curriculum has been developed in which the elements of pool have been translated into mathematical issues, for example by visualizing pool billiard situations.

The reason for this was the realization that children often don't think math is 'cool', but also doesn't want to play billiards or know what billiards is. By turning both things with Smart-Pool into something positive, we strengthen the math/ numeracy skills of youth and introduce them to pool billiards.

After the 5 above-mentioned members had declared their willingness to invest in this project, it was decided to apply for a European subsidy via the EPBF, as the European Governing body for pool and situated in the Netherlands, for this project through the European project institute "Erasmus +".

After submitting all the necessary paperwork, we have now received the joyful news that the project "Smart-Pool" is eligible for a European subsidy. Erasmus+ has now officially announced that the EPBF will receive an amount of € 422,950.00 in the next 3 years to roll out and supervise the project in these 5 countries.

The EPBF will be responsible for administration, facilitation and evaluation of the project and the national member federation will be responsible for the implementation and specifications in their country. Together we will contribute to the development of curricula, course material, website, learning platform and other resources needed. The EPBF board did nominate the EPBF treasurer, Mrs. Ine Helvik, as project leader for this prestigious project.

“Smart-Pool is a perfect fusion of pool and mathematics. Bringing our sport to the kids and not depending on the kids coming to us is the future. We are delighted that the "Smart-Pool" project is now also being introduced in 5 other countries. The subsidy we receive for this will certainly lead to the project becoming just as successful as in the Netherlands”, according to the EPBF President - Gre Leenders.”