The year 2019 is coming to an end and the EPBF would like to once again congratulate all its athletes who gained an international title this year. Especially the World Champions shall be named here. In the men’s 9-ball division, Fedor Gorst (RUS) just recently conquered the World Champion Title in Doha, Qatar with a 13:11 victory in the final match over Chang Jung Lin (TPE). 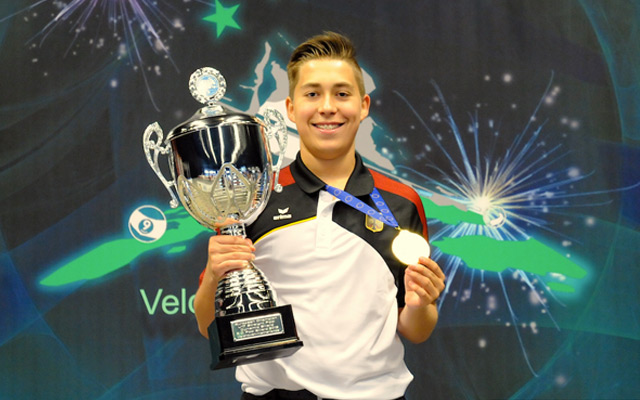 In the women’s 9-ball Championship, Kelly Fisher (GBR) snatched the crown against Jasmin Ouschan (AUT) in the final match with 9:7. With that result, the Gold as well as the Silver Medal went to the EPBF.

Also in the Youth 9-Ball Championships, the EPBF was by far the most successful federation. In the Under 17s division, Moritz Neuhausen (GER) took the title while Jonas Souto (ESP) defeated Sanjin Pehlivanovic (BIH) in the final match of the Under 19s. Valeria Trushevskaia (RUS) completed the European Medal collection with a Bronze Medal in the girls division.

Also other international events of high profile were won by European athletes.
Our best wishes and congratulations also go out to all winner’s and titleists from this year’s European Championships in Veldhoven, The Netherlands.